At the rate which Nairobi County is going down, the city might soon come to a grinding halt. Ironically, the developments that we think are uplifting the city’s status both regionally and internationally are the same that will be its downfall.

From the streets to residences, Nairobi is bleeding. Many of the capital’s roads are dilapidated, especially after the deluge that the country experienced a couple of months ago. It seems like every year our infrastructure needs serious rehabilitation or some kind of facelift.

But that should be the least of our worries for it seems the worst is yet to come. For instance, we recently saw on national television sorry sites of exhauster trucks downloading their load on a field that leads to open fields. It was a depressing scene just imagining that one has most likely consumed vegetables watered by sewage water, or drunk the stuff from untreated tap water. 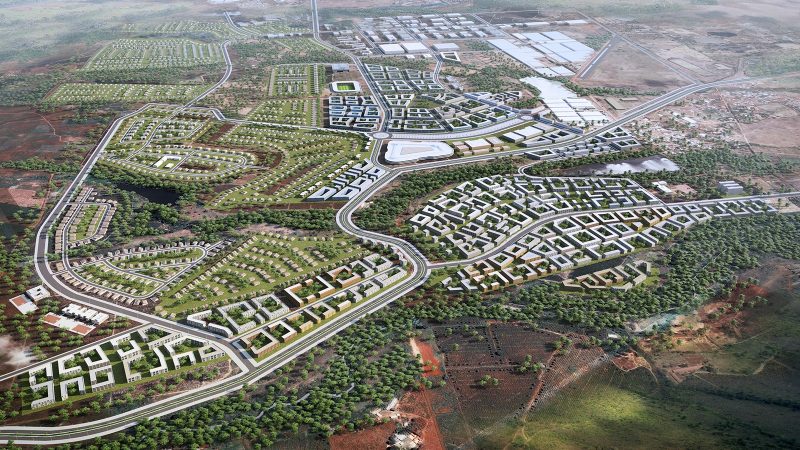 An overview of Tatu City plan

On gridlock and general traffic chaos, apparently, we long ago accepted it as a fact of city life. Public transport is a hazard that the majority have to overcome a couple of hours every day.

But to give some credit where it is due, there seems to have been some positive shift in the provision of power. Previously, notorious outages have eased off somewhat, and one can stay for a bit of time without experiencing the inconvenience of a blackout. Really, the list of woes is endless.

To salvage the fast deteriorating situation, there is need for a change of strategy in the way we manage our urban centres. Nairobi may be far gone, but there is still hope for its salvage. Most importantly, however, we should arrest further urban chaos through proper planning and sticking to the plans that we produce.

Early this year, President Uhuru Kenyatta formed the Nairobi Regeneration Committee. The aim is to restore the city’s former glory, while looking into its future development and sustainability. The programme focuses on housing and settlement, infrastructure and transport, energy, water resources, environment and solid waste, and youth, women and persons with disability. Other sectors in focus include land and ICT.

Going by the speed the committee is moving, it looks like Nairobi’s restoration will take more than wishful thinking. And, instead of perpetually groping in the dark, our urban authorities need to borrow and apply best practice from the private sector on planning cities of the future.

An ideal example is the Tatu City—the 5,000-acre ‘city within a city’ development plan in Ruiru, Kiambu county. The developers have promised to create orderly urbanisation through a seamless merging of the residential, business and recreation facilities.

To ensure orderly development, Tatu has formed a development control team. Those who buy property in the expansive land will be expected to sign for and adhere to strict guidelines on certain construction and maintenance standards. Tatu has incorporated all aspects of urban living that can enable people to live, work and play within the same area.

Indeed, Tatu is emerging as a centre of excellence for county governments, architects, developers and other institutions on city planning. The mixed-use development comprises homes, schools, offices, a shopping district, manufacturing area, hospitals, a sport and entertainment complex, and nature areas.

The ‘city within a city’ is emerging, as envisioned, into a unique live, work and play environment that is free from traffic congestion and long-distance commuting.

Really, this is not rocket science! It will simply take total commitment to building organised towns, and, of course, zero tolerance to graft. People must stick to the ultimate plan regardless of how juicy change of user looks!

The writer is Centre for Climate Change Awareness executive director—