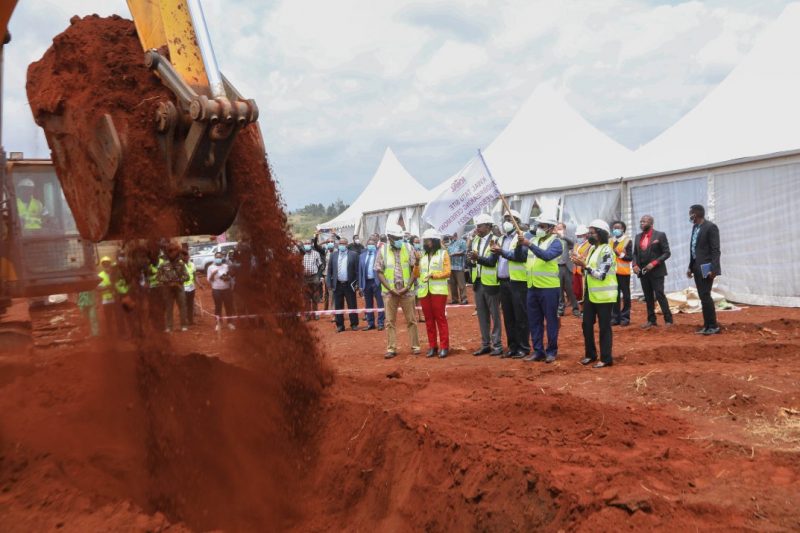 The new facility will enhance KWAL’s local value creation and make a significant contribution to the company’s long-term growth strategy.

Kuria Muchiru, KWAL Chairperson, stated during the event, ‘‘The aspirations of Kenya’s Big 4 Agenda and Vision 2030’s economic pillar to boost local production, expand to the regional market and take advantage of global market niches has been the guide for our operations and expansion for KWAL. Our new plant is expected to greatly enhance production capacity, as well as our competitiveness within the East African region.’’

The investment will mark the first production facility opened by KWAL in more than two decades. KWAL Managing Director, Lina Githuka added, ‘‘The new facility will host a state-of-the-art factory with enhanced capacity to produce aspirational brands to meet ever evolving consumer tastes; a world class customer distribution center as well as offices that will provide employees with a superb working environment. The KWAL Tatu City facility will be an eco-friendly space having leveraged on go-green construction and systems to promote recycling and re-use to enhance responsible production and consumption within the facility.’’

KWAL shareholders include Distell, Africa’s leading producer and marketer of spirits, fine wines, ciders and ready-to-drinks, which has majority shareholding. The government of Kenya is a significant shareholder through the Industrial and Commercial Development Corporation (ICDC).

Richard Rushton, Distell Group Managing Director, said, “Distell is appreciative of the support received from the Kenyan government and KWAL partners, and Distell was excited about this greenfield investment, a reflection of Distell’s confidence in the KWAL business as well in the future of Kenya.”

Following a privatization process in 2015 by which Distell became a shareholder in KWAL, the company has unlocked opportunities in improving brand capabilities, increased product portfolio and expanding its regional reach with additional Depot Centers in Eldoret and Meru towns.

Speaking on behalf of the Cabinet Secretary for Industrialization and Trade, Chief Administrative Secretary Lawrence Karanja called on manufacturers to take up opportunities to enhance their manufacturing capacities. “KWAL’s commitment to the country continues to strengthen, as has been demonstrated with the expansion to this new facility at Tatu City Special Economic Zone. The ministry shall support manufacturers in their industrial transformation agenda in areas such as capability upgrading and fighting of counterfeit. We wish KWAL all the best in this new chapter.’’

Kiambu Governor, His Excellency Governor James Nyoro, who was also present the event, also lauded KWAL for the milestone commenting on the investment of the new plant at the Tatu City Special Economic Zone, which is situated on Nairobi’s doorstep in Kiambu County. ‘’Kiambu County has distinguished itself as a manufacturing hub in the country.  We welcome KWAL to the County and look forward to the opportunities for mutual growth and development.’’